Murray Kinsley & Wicked Grin are an Ottawa based original roots blues/rock band. Gritty vocals and guitar and an “in your face” groove that doesn’t quit!
Murray Kinsley & Wicked Grin was a semi-finalist at the International Blues Challenge in Memphis, January 2019.
Wicked Grin’s latest album “Murder Creek,” released October 2018, has earned widespread industry acclaim and was a semi-finalist for the 2019 IBC Best Self-Produced CD Award.
Bassist Laura Greenberg has won two Maple Blues Awards for Bassist of the Year.
To the journey! 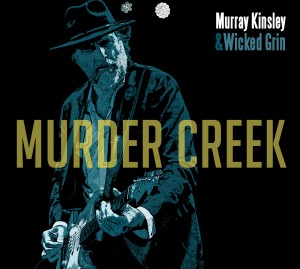 Available at CD Baby and iTunes


Many thanks to the City of Ottawa